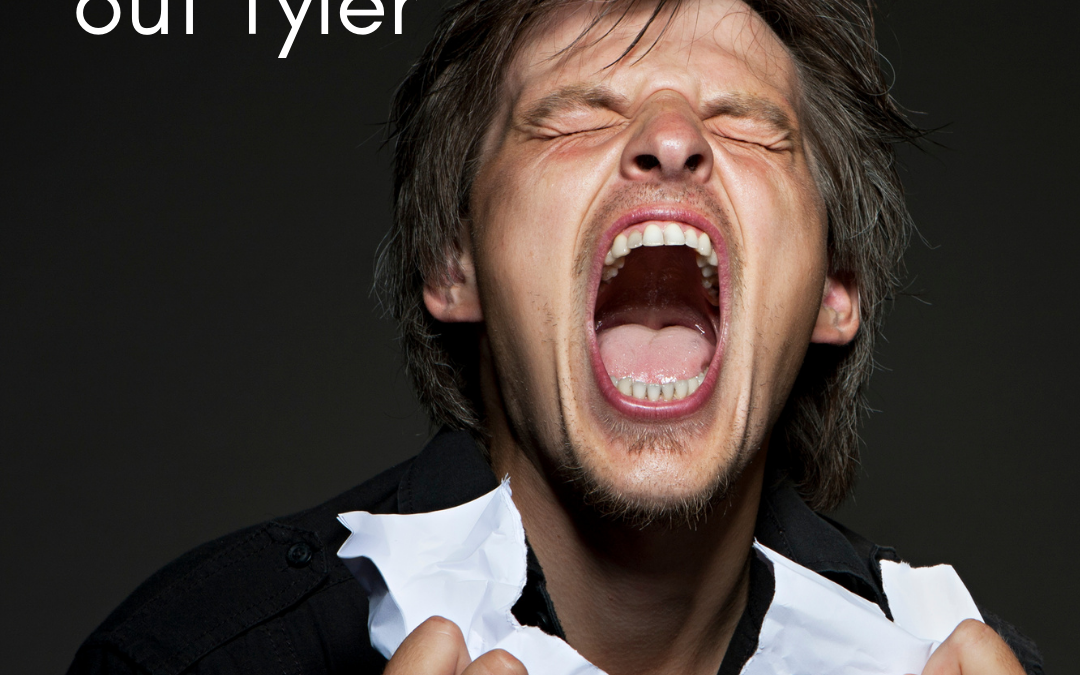 His name is Tyler. Before working with me he was so stressed. After his business cleared a million-dollar year he thought his stress level would go down drastically. This story is called Stressed Out Tyler.

From the outside, it looked like that way with the success and “stuff” that comes with it. However, from the inside, he had a small suspicion that something was happening. Whatever he was feeling he knew it wasn’t good. He knew something had to change.

After 14 years of blood sweat and tears, Tyler decided to focus on himself. Therefore, he went to his primary care physician. It wasn’t just any PCP either. He went and got a full formal Corporate Physical and work up. The results were staggering.

Tyler knew that his health wasn’t the poster child for perfection. However, he didn’t think it would the results would paint a picture as horrifying as it did. The major issues he had, among many more, were Obesity, Hypertension, Untreated Type II Diabetes, and Chronic Low Back Pain.

He knew that all of these issues came on from stress, poor work-life balance, and trying to prove to everyone that he was not a loser. His wife and children believed in him, but he couldn’t see it. Tyler thought that everyone was against him and knew he had become very bitter and cold.

With all of this awareness coming into his life he knew he has to change something. Feeling overwhelmed and defeated he didn’t know where to begin. As a result of those emotions, he thought to himself as he was sitting on his couch by the fireplace, “Even my fancy-schmancy corporate primary care doctor couldn’t point me to a natural way of changing.” As that thought went through his mind he stared at the stuffed full folder sitting on the coffee table. The fire was burning hot and he felt the warmth from it.

The folder was filled with information packets, lab work, and prescriptions for medications that he didn’t want to take. His Dad took blood pressure medicine, insulin, and an assortment of other tick-tack-looking pills that he had no idea what they were for. Tyler knew he didn’t want to end up like that.

As the fire was simmering down, he made up his mind after remembering how much pain he was in when he lost his father so young. He took the “fat folder”, he said out loud, “goodbye to this lifestyle, it’s time to find out what I’m really made of.” He threw it into the fire. Watched it burn for a minute and let go of any resistance he had towards his old life.

Then he grabbed his phone and started googling natural ways to stop the start-stop process of getting healthy. He yo-yo dieted for years and worked out as consistently as he took days off from work. He never saw his wife and children and knew that he was lacking consistency. However, he knew that he had the drive to make permanent changes for a healthy lifestyle because he created a business and built it up from nothing. He was more determined than ever to stop the start-stop process.

Tyler thought about those words as he searches and found a YouTube video (https://youtu.be/D7YARXFf7AM )of Jed Kobernusz talking about this exact topic. Then he went to Jed’s website and browsed around there for about 20 minutes. He found himself in awe by how much information this guy has provided. As he got to know Jed from his content he saw the vast knowledge he had for the human body and mind.

It was at that moment he knew this was his guy. His mind was made up. With the success of Tyler’s business, he knew he could bring the tenacity from that experience to this one. He no longer wanted to be stressed out Tyler. His physical and mental health needed a complete overhaul and he absolutely had no doubt that this Jed Kobernusz dude was his guy. Tyler signed up for his newsletter and emailed him.

Knowing that time is money he told Jed that he wanted to video chat with him because Jed lives in northern Minnesota and he lived in Southern Florida. Tyler was thrilled that Jed agreed and treated that conversation very casually but also wanted it to be a bit of an interview because of the seriousness of his situation.

They talked for almost two hours, which Tyler remembers it feeling more like 5 minutes. Tyler apologized for taking so much of Jed’s time and wanted to pay him $500 for his time. Jed wouldn’t accept. They came to an agreement to $300. Tyler hired him as his personal trainer and health coach. Tyler knew anyone who leaves money on the table and provides more value than he asks in return is definitely someone he wants to work with.

Since hiring Jed, Tyler has lost over 110 pounds, is no longer obese, hypertensive, and does not have Type II Diabetes anymore. His chronic pain is mostly gone. Most days Tyler’s pain level is at a very manageable 1-2 out of 10. On his bad days, he is at a 3-4 out of ten. His pain was a 5-6 on good days and a 7-8 on the bad days. Those bad days were days he barely remembers anymore. Also, he’s not stressed out Tyler anymore.

One very key element of Tyler’s permanent changes is that he flys to Jed’s town of Roseau Minnesota four times a year to spend a week training in person. He gets to be laser-focused on what he needs to work on in the coming months. Because Jed lives across from the Roseau Airport it is very convenient for Tyler and Jed to do this.

Tyler knows that without Jed he wouldn’t have seen his children grow up. As a result, they would end up just like he did growing up without his Dad. Ultimately his children would have followed in his footsteps to repeat the cycle of unhealthy behaviors. He also knows that Jed Kobernusz saved his life, marriage, and his children’s life.

He was surprised though at one side effect. Tyler had no idea that the work Jed had him do would change the trajectory of his business in a dramatic way. After the first year of working with Jed l, Tyler’s business went from a 1.5 million dollar business to a 15 million dollar business. The work like balance played such an important role that he started to let go of the pressure.

Tyler constantly tells Jed all of this but Jed’s only reply is “You’re doing the work, all I do is support your progress.” That’s Tyler’s favorite part of Jed’s coaching. The humility and love that Jed brings to life.

The best part of Tyler’s story is that everyone is capable of doing what he did and continues to do. It all started with Tyler making up his mind and not looking back. As I write this I love the fact that Stressed Out Tyler is “Pretend” but Tyler I love you, man. Thank you for the opportunity to be a part of your Life’s Experience.

See you next week bright and early. I’ll pick you up at the airport as I have for the last 4 years. Be ready for the best training yet!

If you feel you’ve resonated with Tyler’s story and would like it to be yours, then let’s connect. Hop on my newsletter as he did and reply to the first letter after the confirmation message. Go to https://www.JedKobernusz.com/Newsletter